Pickings - the 2018 neo-noir indie crime film recently received a review from Maitland McDonagh, a writer for Film Journal International. "What writer-director-producer-cinematographer Usher Morgan's Pickings has by the boatload is visual pizzazz of the Sin City variety—from the neon-drenched shadows to live-action images that morph into graphic-novel-style panels and back again, it's dazzling and all the more impressive because it was executed on an incredibly low budget." T

After receiving a total of 8 nominations at the Sunny Side Up Film Festival in Ardmore, Oklahoma, "Pickings" - the neo-noir, indie crime film from writer, director, producer Usher Morgan received the "Best Feature Film" and "Best Director" awards at a ceremony hosted on Facebook Live on Sunday, March 25th. #filmfestival #SSUFF #SunnySideUpFilmFestival #UsherMorgan #ArdmoreFilmFestival

Pickings - a new film by writer, director, and producer Usher Morgan was released to theaters in 6 major cities on March 2nd, 2018 and will soon make its way to the on-demand-sphere. In the meanwhile, the film’s official soundtrack is also out in the wild. Apple Music and Spotify users can stream it in full below. The movie’s original songs are the creation of actress, producer, musician Katie Vincent, who wrote and recorded 4 original songs for the film's soundtrack (Picking

Karina "ScreamQueen" Adelgaard, writer for Heaven of Horror Magazine took the time to write a comprehensive review of Pickings on Monday; here is a snippet of her review: "Pickings is so much more than what should be possible. It may be low budget but it has extremely high production value. Both sound and image quality is beyond impressive. Also, the story is a crazy ride! The perfect soundtrack ...For Pickings, the person responsible for the music is one of its stars: Katie

Actress, producer, and music supervisor Katie Vincent was featured in an article by Dana Hourigan for Wicked Local Mansfield. "“There’s so much catharsis to be had in art, and I really find that film and method acting are great for sharing the human experience. And as it turns out, New York has really become a film hub. It’s been the right place at the right time for my career." ~ Read the full article here. #KatieVincent #Article #Newspaper

Usher Morgan Talks Noir and "Pickings" with The 405

"Every now and again, a film comes along that blows the viewer away visually and in narrative. I sat down to talk film-making, film noir, the western, screenwriting, art and much more with the maker of one such film: Usher Morgan of the noir-western Pickings. Some films are ones to watch for their striking visuals. Others aren't anything spectacular visually but tell an interesting and engaging story. I was lucky enough to come across one recently that has both these pillars 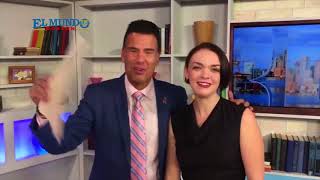 Mansfield native's indie film opens Friday at Showcase in North Attleboro For the little girl who appeared in “Annie!” at Foxboro’s Orpheum Theater and was eaten by a plant in a school production of “Little Shop of Horrors,” this is a moment she’s been waiting for. Katie Vincent, a Mansfield native who is now an actress in New York, is making her feature film debut as one of the female leads in “Pickings,” an independent film that premiered last weekend in New York and opens